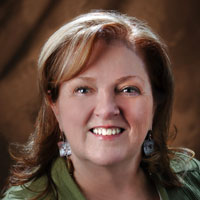 Judy Basker is a native Oregonian, a proud Cavewoman from GPHS! The fourth of five children born in four years and ten months (no twins!), she feels fortunate to have an outgoing personality.

She graduated from the University of San Francisco with a degree in communications. After law school at Willamette, she worked as an attorney in Portland for a few years., She has since spent her career in education administration living and working in Bucks County, PA, NYC and Houston, TX. Most recently she served as the Senior Director of Major Gifts at Willamette University in Salem, Oregon, where she was personally responsible for raising over $25M.

Judy was fortunate to spend her junior year of college in Florence, Italy, which resulted in a passion for art. She is a previous member of the Board of the Women’s Crisis Support Team, The Grants Pass Museum of Art and The Salem Art Association.  She has volunteered at many organizations including The Holocaust Museum of Houston and The East Harlem Tutorial Center.  She started a program to deliver clothing to the homeless in Philadelphia many years ago.

Judy has traveled extensively throughout the world, most recently to Spain & Portugal.  Her home and office contain a colorful, eclectic collection of art.  She’s been attending performances at the Oregon Shakespeare Festival for over 35 years and she enjoys the arts.  Judy is also  an animal lover and currently has two sweet Shih Tzus, Bubby and Denzel. As a devotee of Dancing With the Stars, she thinks ‘Stars’ may be a bit of an exaggeration these days. Other favorites are The Voice and Project Runway.  She is a member of a book club and enjoys reading.

Judy loves introducing people to ‘the exquisite joy of sharing’ through philanthropy and charitable contributions. Her ‘highest value’ is kindness, and she believes in playing to people’s strengths.

Her current goal in life is to raise lots of resources for Rogue Community College.