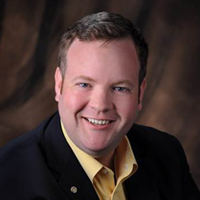 Ian Foster was born and raised in Medford. After graduating from South Medford High School, he spent one year as a Rotary exchange student in the Slovak Republic. When he returned, he attended Linfield College where he graduated in 2005 with a degree in History. After graduating, he lived in Washington, D.C., Portland, and Eugene. During that time, he worked for various campaigns and as a legislative assistant in the Oregon House.

In 2013, he completed a Master’s Degree in Community and Regional Planning with a focus on Land Use and Transportation from the University of Oregon. During his time at Oregon, he was a Graduate Teaching Fellow and also served on the Board of Directors for Better Eugene Springfield Transportation.

After graduating, he decided to move back to the Rogue Valley where he now serves as the Planning Director for the City of Jacksonville. He is also a member of the Medford Rogue Rotary Club.