Rogue Community College has many alumni who have gone on from RCC to contribute greatly to their communities, professions, and even back to the college. The RCC Foundation is committed to honoring these RCC graduates and in 2008 began an annual award to celebrate our outstanding alumni.

An outstanding alumnus is selected each spring from nominations we receive from the community. Each year's award recipient is honored at the annual President's Circle Reception.

We depend on nominations to learn about RCC graduates who deserve recognition for their work. Please consider nominating any person in your life who has graduated from RCC and has gone on to give back to the community.

Please contact the RCC Foundation for any questions about this award. We look forward to receiving nominations and learning more about the outstanding alumni of RCC!

The Outstanding Alumni Award is presented to an individual alum who exemplifies at least one of the two following criteria: 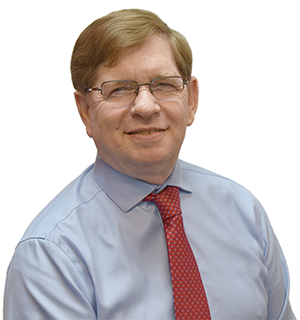 Like many RCC students, Malone was a non-traditional student, heading to college 20 years after he graduated high school. Malone was a U.S. Navy veteran working at Biomass One in White City when he joined the boiler operator apprenticeship program at RCC in 1994. He went on to earn an associate degree in stationary engineering in 1995.

“RCC gave me the confidence to apply for and get a better-paying job with great benefits and a retirement,” he said. “Before having my associate degree, I was just another guy with boiler and generator operations experience. I believe my degree helped me get this job.”

As part of the UO Utilities & Energy team, Malone's team is responsible for operating, monitoring and maintaining all services to the campus. “The campus is like a small city, typically supporting up to 30,000 people a day,” he said. “The electricity, water, steam, compressed air, and chilled water for air conditioning is all monitored and controlled at the central power station.”

In addition to his work, Malone has served as a union officer for 24 years, holding multiple positions including president. His current role is lead steward.

Malone is an advocate for the value RCC offers to all students and especially to veterans and those who have been out of school for years.

“I say, go back to school. It is a lot different going back,” he said. “I couldn’t believe how much easier things are to accomplish when you are a little more mature. I graduated high school in 1975, and it took me 20 years to get my associate degree. And I am ever so grateful that I did. It gave me confidence in myself.”