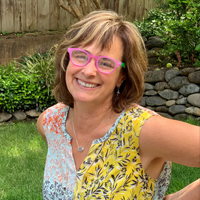 Karen Kahn was raised in Berkeley, CA.  She graduated from UC Santa Barbara for undergraduate, and then attended medical school at Tulane University.

She and her husband are both physicians and have been living in Ashland since 1994. They have three grown children who were educated in the Oregon public school system. All three of them attended RCC classes during their upbringing.

Karen’s career started in Oregon where she served the medical director for the Community Health Center. A private non-profit, serving uninsured residents of Jackson County. Later, she began seeing patients exclusively in nursing homes and memory care facilities.  She is currently the medical director for all eight skilled nursing homes in Jackson and Josephine Counties as well as Signature Hospice and CSL Plasma Center. She is also a consultant for a traumatic brain injury unit and several assisted living facilities.

Karen’s husband is an anesthesiologist, serving Asante RRMC, Providence Hospital and the Southern Oregon Surgery Center.  She is very active with her extended family.  She loves to cook, ski and sail, and has a sweet dog named Sid.